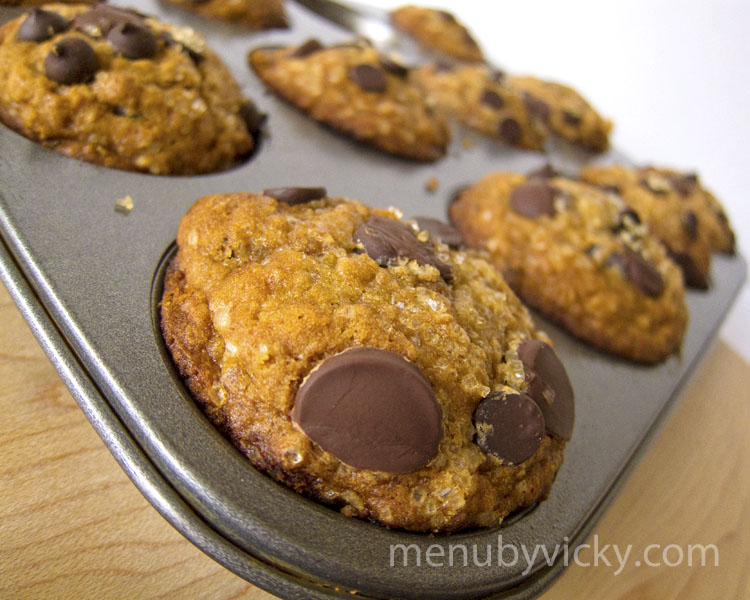 The other day, someone asked me why I wasn’t posting recipes anymore. I didn’t think much of it until someone else asked me and then another person asked. So why haven’t I been baking? For starters, I’ve been trying to clean up my eating. Then I was also busy training for Goofy’s Race and a Half Challenge in January. Training? What’s up with that? I know there have been recent blog posts that make it seem the races are a walk in the park (pardon the pun) and not a whole lot of training is required. But believe me, you do have to train to complete a marathon, Disney or otherwise. Behind the theme parks, characters and the fluff of the tutus, you are out there walking or running 13.1 miles for a half marathon and double that distance for the marathon. It’s not like you can wake up, jump into the race at mile 25 and claim that you’ve run an entire marathon. And while it is true that you’ll get a medal regardless of whether you officially finish a Disney race, that isn’t the point. Anyway, I digress. If you are seriously training, then you know how little time and energy you have on the weekend for things besides running and napping. That’s where I’ve been and that’s what I’ve been doing. And if you’re looking to start running, here’s a good spot – 10 Tips for New Runners.

But enough about that, let’s talk about the good stuff! The kind of stuff you can eat and not feel guilty about after a good long run – muffins.

END_OF_DOCUMENT_TOKEN_TO_BE_REPLACED

Earlier this week, I decided to take an impromptu weekend road trip. It was one of those “I have to get out-of-town” moments. The weekend started off pretty well– I was packed and had my little survival kit including a batch of cherry chocolate chip banana muffins (recipe to follow). Unfortunately in the mishegosh of packing, it seems a certain someone forgot a certain driver’s license which meant I was stuck doing ALL the driving. Don’t get me wrong, I like driving and I like road trips, but the one thing I realized is that road trips have to be done with a group of people you don’t mind being around for a  many hours. Especially when everyone in the car wants to play backseat driver.
END_OF_DOCUMENT_TOKEN_TO_BE_REPLACED 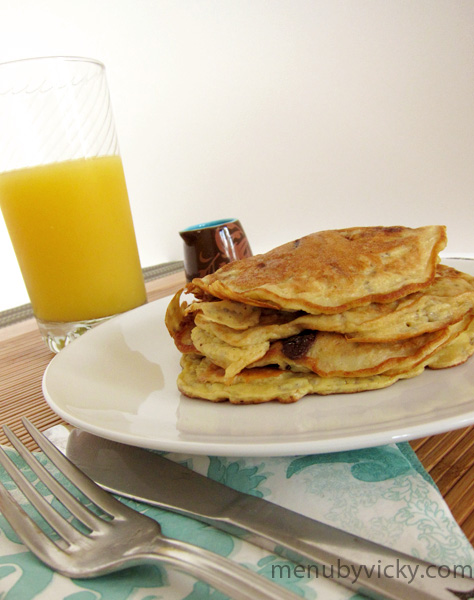 Most runners who complete a race take a banana at the finish and eat it then and there. Not me. No, I’m not hoarding bananas because that would just be wrong. I just don’t like the taste or texture of raw bananas. Too mushy and squishy for me. Yuck. So at the end of the Sporting Life 10K, I ended up with a banana and a bagel. The bagel was gone in about 4.95 seconds (I’m kidding) but that banana was headed off for bigger and better things. Like what? How about banana chocolate chip protein pancakes! Sounds good to me! END_OF_DOCUMENT_TOKEN_TO_BE_REPLACED 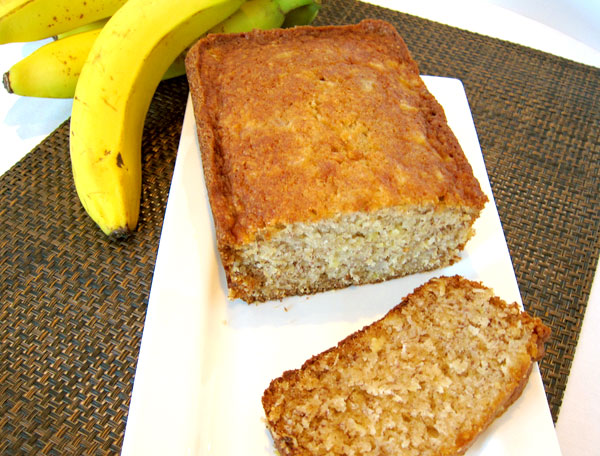 As a runner, I always have bananas in my kitchen. Anyone who runs knows that they’re the perfect food – great source of energy, easy on the stomach and they contain potassium which can help to prevent cramping (we lose potassium through sweat). Last week, I wasn’t able to run as much because I had tweaked my knee slightly. It turns out I just needed a bit of rest and my knee was fine, but I had several left over bananas. END_OF_DOCUMENT_TOKEN_TO_BE_REPLACED

Back in January, I took my running group to the Kona Café at the Polynesian Resort at Walt Disney World. The Polynesian is my favorite resort at Disney and I was hoping they would enjoy eating there as much I have.

One of the most popular breakfast items on the menu is Tonga Toast. What is Tonga Toast you might ask. Well, it’s banana stuffed French toast, fried and covered in cinnamon sugar. And it’s not just any old kind of French toast – this thing is a 3″x3″ piece of bread. Saying its huge would be an understatement. I would say its one the most popular items on the menu. It’s delicious with maple syrup and especially so with a strawberry compote. Well imagine my surprise when my friend Mike, asked for not one but two orders of Tonga Toast! And not only did two orders of Tonga Toasts show up at the table but he finished both plates completely!

Does it help you run faster? You’ll have to ask Mike! Today’s he’s running a marathon in Arkansas and while he can’t get Tonga Toast in Little Rock, I thought I’d make and eat a batch in his honor. If you want to give the recipe a try at home, here it is.

1. Preheat oil to 350F in a pan or deep fryer.
2. For the cinnamon sugar coating, combine cinnamon and sugar in a dish, mix together and set aside.
3. For the batter, beat eggs in a bowl. Add milk, sugar and cinnamon and mix well together with eggs and set aside.
4. From the loaf of bread, cut 4 – 3″ slices of bread. Using a paring knife, slice down the middle of the bread to create a pocket. But do not cut the bread in half.
5. Cut a banana in half and then cut each half length wise. Slide two banana halves into middle of the bread.
6. Take the stuffed bread and dip it into the batter, making sure you coat all four sides. Allow the excess batter to drip off the sides and place it gently into the hot oil.
7. Cook approximately 1-2 minutes and then flip over and cook the other side 1-2 minutes. Remove from the oil and toss in the cinnamon sugar mixture. Repeat for the next piece of toast.

(Source: A Taste of Disney)