This is a guest post contribution written by Alice Pritchard.

Runners, foodies and fans of Disney are going to want to take note of runDisney’s annual Wine & Dine Half Marathon weekend.

The Disney Wine & Dine Half Marathon is a 13.1-mile run through the beautiful Walt Disney World Resort. It will be held on Sunday November 6th, at 5:30 AM at the ESPN Wide World of Sports complex.  END_OF_DOCUMENT_TOKEN_TO_BE_REPLACED

At the end of every Disney race, I say that I’m done; this is my last Disney race for a while. Yet here I am, it’s 2015 and I’m in Anaheim, CA. I’m back even after I told myself that 2013 would be my last Disneyland race. So why did I register again? Maybe it was the challenge of running back-to-back races, or maybe it was the Disneyland 60th anniversary medal? Truthfully, it’s the opportunity to spend several days with good friends so you know there’s going to be a little bit of running, some eating and a whole lot of fun!  END_OF_DOCUMENT_TOKEN_TO_BE_REPLACED

The second day of the Goofy Race and Half Challenge started at bright and early at 2:20AM. Originally, the plan was to be up by 2:00AM like I was for the half but I ended up hitting the snooze button more than once. Getting up that early is tough but getting up for 2AM twice in a row, on four hours of sleep was especially tricky. But I managed to get up, shower, dress and eat my breakfast. END_OF_DOCUMENT_TOKEN_TO_BE_REPLACED

The Disney World Marathon in January is one of my favourite Run Disney events to do. This year, I had signed up for the Goofy Race and Half Challenge which involves running the half marathon on Saturday and the full marathon on Sunday.

I arrived at Disney World late Tuesday evening and spent the next few days hanging out with friends and relaxing before the race. Thursday morning, several of us headed over to the Health and Fitness Expo at the Wide World of Sports to pick up our bibs and do a bit of shopping. END_OF_DOCUMENT_TOKEN_TO_BE_REPLACED 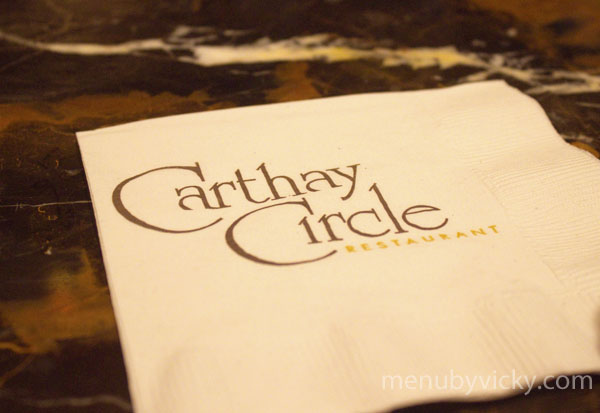 Located in Disney’s California Adventure theme park on Buena Vista Street, Carthay Circle is the newest full service restaurant to open at Disneyland. The restaurant was designed as a replicate the famous Carthay Circle Theatre. The interior is decorated in ornate furniture with rich gold and brown coloring to reflect Hollywood’s Golden Age. Built on two stories, guests can enjoy drinks and snacks in the lounge on the main floor or a meal upstairs in the dining room.  END_OF_DOCUMENT_TOKEN_TO_BE_REPLACED 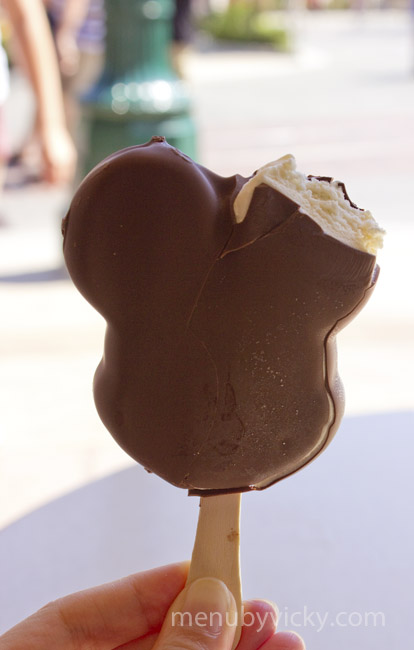 What’s your favourite treat(s) while at Disneyland or Disney World?

Back in January, I took my running group to the Kona Café at the Polynesian Resort at Walt Disney World. The Polynesian is my favorite resort at Disney and I was hoping they would enjoy eating there as much I have.

One of the most popular breakfast items on the menu is Tonga Toast. What is Tonga Toast you might ask. Well, it’s banana stuffed French toast, fried and covered in cinnamon sugar. And it’s not just any old kind of French toast – this thing is a 3″x3″ piece of bread. Saying its huge would be an understatement. I would say its one the most popular items on the menu. It’s delicious with maple syrup and especially so with a strawberry compote. Well imagine my surprise when my friend Mike, asked for not one but two orders of Tonga Toast! And not only did two orders of Tonga Toasts show up at the table but he finished both plates completely!

Does it help you run faster? You’ll have to ask Mike! Today’s he’s running a marathon in Arkansas and while he can’t get Tonga Toast in Little Rock, I thought I’d make and eat a batch in his honor. If you want to give the recipe a try at home, here it is.

1. Preheat oil to 350F in a pan or deep fryer.
2. For the cinnamon sugar coating, combine cinnamon and sugar in a dish, mix together and set aside.
3. For the batter, beat eggs in a bowl. Add milk, sugar and cinnamon and mix well together with eggs and set aside.
4. From the loaf of bread, cut 4 – 3″ slices of bread. Using a paring knife, slice down the middle of the bread to create a pocket. But do not cut the bread in half.
5. Cut a banana in half and then cut each half length wise. Slide two banana halves into middle of the bread.
6. Take the stuffed bread and dip it into the batter, making sure you coat all four sides. Allow the excess batter to drip off the sides and place it gently into the hot oil.
7. Cook approximately 1-2 minutes and then flip over and cook the other side 1-2 minutes. Remove from the oil and toss in the cinnamon sugar mixture. Repeat for the next piece of toast.

(Source: A Taste of Disney)